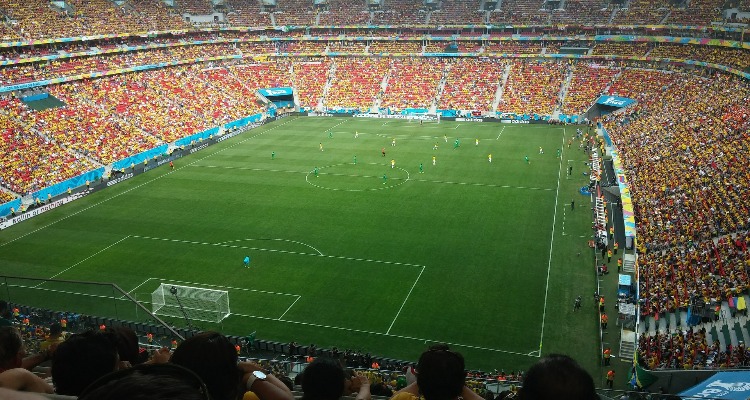 As the FIFA World Cup 2022 nears up, Fans from around the globe and especially from Qatar have their excitement levels up the mark. Where the media tells us otherwise, Quite recently before the big game between Germany and Iceland, German players were seen wearing T-shirts with the wording “Human Rights” written on them only a day after the Norwegian teams were also seen wearing shirts with “Human rights on and off the pitch” written on them. Why so? Why were the players seen protesting? The Protest was for boycotting the match that was said to be held in Qatar in the coming year 2022. Qatar was awarded the honor to conduct the 2022 FIFA world cup in their stadium(s) in early 2010.

A Guardian report recently revealed that 6,500 migrant workers have lost their lives within Qatar during the construction of the Qatar Stadium. Government officials of Qatar stated that “The mortality rate among these communities is within the expected range for the size and demographics of the Population”. Quite a lot of football clubs in Norway have put forward their words to the national team that they should boycott the World Cup being held in Qatar due to the deaths of the migrant workers.

Belgium Manager Roberto Martinez spoke to the news as he said “I think it is the time to face that situation and I think boycotting the World Cup wouldn’t be the solution, It would be a big mistake.” Martinez has given in him all to bring the Belgium team to the top of FIFA rankings. Belgium has recently defeated Wales on a 3-1 and will next face the Czech Republic and the European country Belarus after it. Martinez sees the Belgium team in a win-win situation at this point for which boycotting the World Cup would put a huge impact on the efforts of everyone. Martinez states “We know that there have been big issues, but we know as well that because of the World Cup, the Qatari government is already putting things in place and will follow all the human rights institutions.” Martinez also suggests that turning their backs and Boycotting the match would be an easy escape, but the teams should participate and make this World Cup a successful event.

After the protest of the German team before their match against Iceland, Germany coach Joachim Löw told reporters “We stand for human rights, no matter the location. Those are our values. Therefore, it was a very good and important statement.”

After the protests, A Spokesman for Qatar’s Supreme Committee for Delivery and Legacy told reporters that they are transparent about the health and safety of workers on projects directly related to the Qatar World Cup 2022. The construction of the stadium began in 2014, Where the number of work-related deaths recorded was only 3, Whereas the rest of the 36 mortalities were not work-related.

The Chief executive of Qatar’s 2022 organizing committee told the news in late 2019 that Qatar has been treated quite unfairly ahead of the tournament and the country was judged very early on by the Court of Perception.

After the protests, FIFA told CNN “It would not take any sort of Disciplinary action as they believe in the Freedom of Speech  and in the Power of Football as a force for Good.”