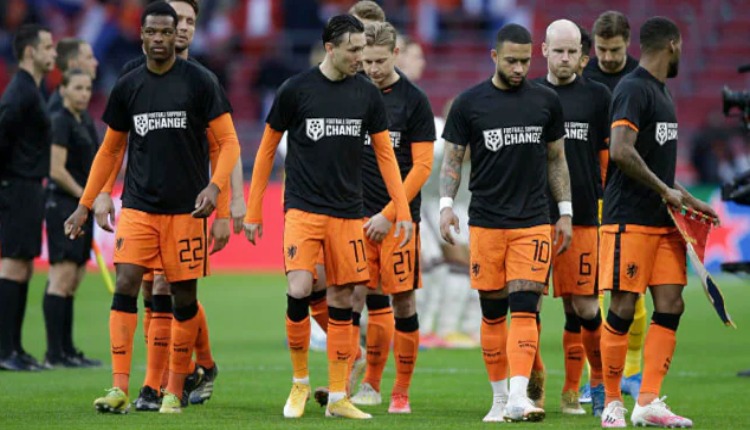 With the FIFA 2022 World Cup nearing up. Fans all across the world are seen extremely hyped for the big game. Specifically, The audience of Qatar was seen to be pretty excited about the World Cup being held in Qatar this time around as this would be the first-ever Middle-Eastern country to host the FIFA World Cup. But news from around the globe has told us otherwise.

After their game against the Gibraltar team, in which, Norway scored 3 goals whereas Gibraltar didn’t manage to score any. This is the team’s first qualification for the World cup since early 1998. Norway players were seen wearing T-shirts on which there was written “Human rights On and Off the pitch”.

Norway’s players were seen protesting against the World Cup 2022 being held in Qatar after a Guardian report last month revealed that the migrant workers currently involved in the construction of the Qatar football stadium were not looked after correctly, The report revealed that above 6,500 migrant workers have lost their lives during the construction since early 2010 when Qatar was given the right to host the FIFA World Cup 2022. The head coach of Norway, Stale Solbakken said “It’s about putting pressure on FIFA to be even more direct, even firmer with the authorities in Qatar, to impose stricter requirements.”, Before the game against Gibraltar.

“The mortality rate among these communities is within the expected range for the size and demographics of the population,” Said Qatar’s government, Also, The Chief Executive of Qatar’s 2022 FIFA world cup organizing committee Nasser Al Khater said that Qatar has been treated quite unfairly ahead of the tournament and the country was judged very early-on by the Court of Perception.

After the protests, A Spokesman for Qatar’s Supreme Committee for Delivery and Legacy told reporters that they are transparent about the health and safety of workers on projects directly related to the Qatar World Cup 2022. The construction of the stadium began in 2014, Where the number of work-related deaths recorded was only 3, Whereas the rest of the 36 mortalities were not work-related.

After the protest, FIFA told the News that “It would not take any sort of Disciplinary action as they believe in the Freedom of Speech  and in the Power of Football as a force for Good.”

Get ready to go on a journey to the beach with Lil Yachty on Let's Begin Here, … END_OF_DOCUMENT_TOKEN_TO_BE_REPLACED