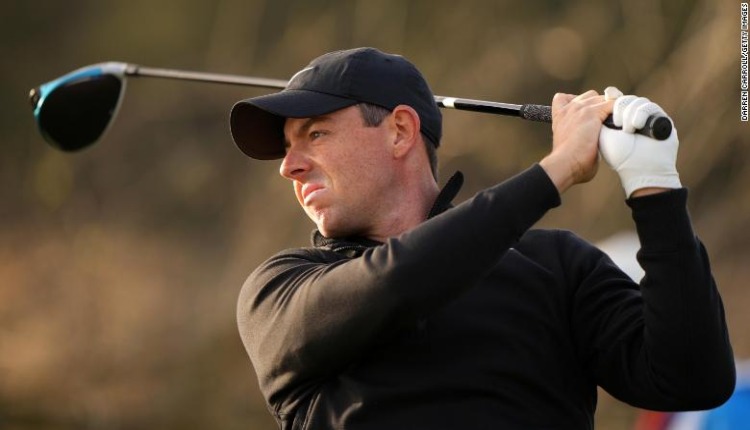 Rory McIlroy is a professional golfer from Northern Ireland, He is a member of both the PGA and the European Tours. Rory also occupied the number 1 spot in the Official World Golf Ranking on the 4th of March 2012. McIlroy holds the win of 4 major championships which are the 2011 U.S Open, 2012 PGA Championship, 2014 Open Championship, and 2014 PGA Championship. He also holds 28 winnings worldwide and has known to bring home an estimate of $50 million in career earnings.

However, In the WGC Match-play on Wednesday where McIlroy faced Ian Poulter, McIlroy’s game seemed to plummet and nothing seemed to bring together his form other than his drive on the fifth hole. When McIlroy strikes the ball, He noticed that the ball was adequately flying to the left, which later ended up in someone else’s swimming pool in a house nearby.

This incident made McIlroy fall behind as 6-5 to Poulter.
McIlroy has had struggles with his swings, for which he hired the renowned golfing coach Pete Cowen to his team. McIlroy has not seemed to have won a single PGA tour championship since the WGC-HSBC Champions in 2019. Since then, His ranking has dropped down to No.11 from the No.1 position he used to hold in the Official Golf Rankings.

Ian Poulter spoke to the media where he said “Obviously, Pete’s going to be working exclusively with Rory on his game, and I think there’s a couple of areas of his game which I’m sure he wants to kind of firm up a little bit, and obviously he missed a couple of tee shots left. From that point, he was trying to hit, a kind of, a bit of a hold-up cut. But it’s Rory, it doesn’t take a lot for Rory to spark up pretty quickly and I wasn’t surprised with anything, I just felt that I had done a pretty decent job of putting him under pressure. I made it difficult for him.”

Get ready to go on a journey to the beach with Lil Yachty on Let's Begin Here, … END_OF_DOCUMENT_TOKEN_TO_BE_REPLACED