Home » Ryo Miyake, A Silver medalist who started delivering food for Uber Eats during the Pandemic 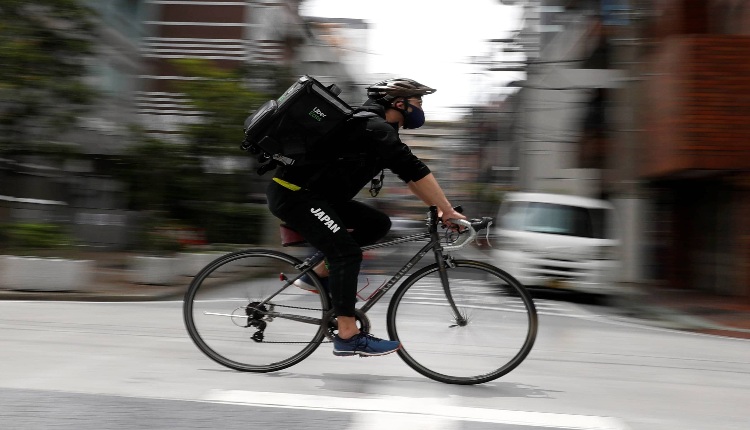 After the news that shook the Olympic stars about the event being postponed. Ryo Miyake, who won a silver medal in the 2012 London Olympics has put on hold his sponsorship money. Ryo has said that as soon as the first wave of the virus hit the country last spring. He started scraping into his savings and eventually had to work for Uber Eats to get some extra cash around the pocket and to stay in shape.

During the first state of emergency around Japan, Almost all of the Gyms and training halls were closed down to stop the further spread of the virus. This played a huge role in the daily routine of many, especially harming the physique of athletes.

Since the lockdown in several countries and especially Japan has eased down, Athletes have again started to get in form by visiting gyms and continuing there day to day exercises.

After the news of the Olympics being delayed, Ryo has stated that it’s been extremely difficult to digest as “Olympics are like God” to athletes. Ryo has started training again and the sponsorship money has come back to him, though the Physical and Mental challenges remain.

Japan has had one of the highest numbers of Covid-19 cases and mortalities. Due to which a strong lockdown was required to control the further spread of the infection. Though the numbers have been still very low as compared to the U.S and U.K., in the recent few months, the country has been facing a huge number of different variants of the virus.

The Tokyo 2020 organizing committee recently stated that International spectators will not be allowed in the country for the Olympics and Paralympic games as every country have taken different steps to encounter the disease, Thus, some countries are recovering at less speeds then others. The situation is still very challenging and also, international flights also play a huge role as some countries have still not allowed international travel and kept it domestic until a number of its population has been vaccinated.

Like other countries, Japan’s cases have also fallen to a more reasonable level, But the risk is still there as Japanese are receiving the vaccine as a much slower pace as compared to U.K.

A vast number of Japanese residents are against the idea of resuming the Olympics due to the risk of the virus spreading between the spectators after the Government had announced the dates of Olympics. A Poll by National Broadcaster NHK revealed that 77% of Japanese think that the games should be further postponed until the virus is fully under control and the population has been vaccinated as perusing with the idea can lead to more spread of the virus.

An expected number of 11,000 athletes from around 200 countries will attend the Olympics this year.

It Is also to be said that this year’s Olympics will be different from all others as a huge number of restrictions have been added by the Government to prevent any infections. The huge opening and closing ceremonies will be cut-short, Athletes will not be allowed to give their teammates high-fives or hugs, Any sort of physical interaction will not be allowed between the participants. The athletes will be regularly tested and their movements will be severely restricted.

Get ready to go on a journey to the beach with Lil Yachty on Let's Begin Here, … END_OF_DOCUMENT_TOKEN_TO_BE_REPLACED