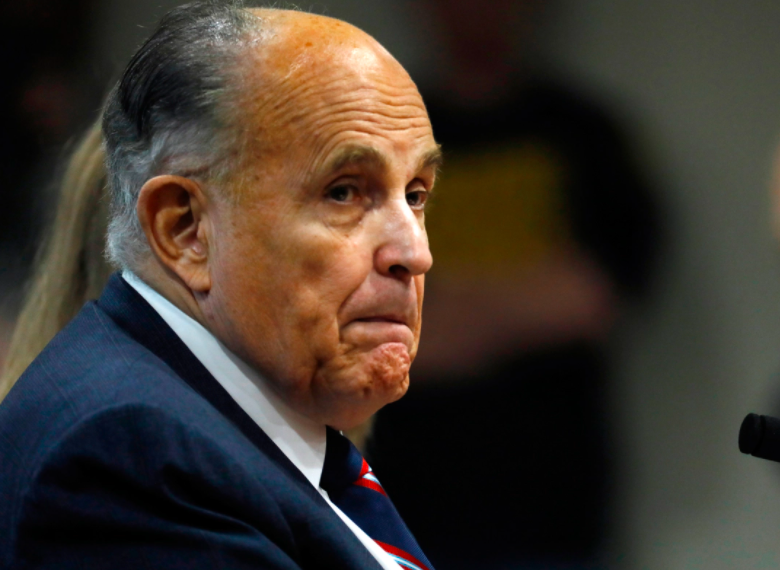 Fox News has been known to ban outspoken personalities at their discretion. In recent times though they have been known to do just that, banning political pundits like Rudy Giuliani. Could this be the long-awaited return of the old boy network with a new face? Or could this be yet another case where the big bad wolf is out of the office?

Apparently, Fox News has decided to stick its neck out again, by banning former Mayor Rudolph Giuliani due to comments he made in a book. The question that should come to mind here is what in the world was he thinking? Was he thinking that if he offended some of the more Right-wingers he would lose his job? Some people at Fox News believe that this whole thing might be part of a media backlash over the attacks on President George Bush prior to the Iraq war. It is all a bunch of hokum and Fox News has a lot to answer for over this whole imbroglio.

Giuliani was no doubt a popular figure at Fox during his terms as Mayor of NYC, and quite frankly he did a lot more than most cities ever get done in a single term. But like the others before him, he could have had his say on any number of topics, and perhaps had the same effect on the American people. But no sooner was he done with his time in office than he could wish he had never stepped foot in the White House. Fox News must realize that there are plenty of good candidates for the top position, and they simply cannot choose just one.

Perhaps they need to go with the No-Brains and allow other voices to have their chance? That is one theory, but one also wonders how committed to the cause is Mike Doughty. Was he even consulted with on the decision to ban him? He had every opportunity to be part of the team that wanted to ban Giuliani, and he obviously did not take the opportunity. Perhaps he realizes that he would be out of a job if he is picked to be the replacement; I suppose we will soon find out.

Another possibility is that Fox News has some big-time donors upset at the whole thing, and they are throwing more money into their next candidate than the last time around. It does not appear to be hurting them as much as it might have hurt Al Gore during their VP selection process. Nevertheless, politics is a rough and tumble business, and they are used to that. And in the world of Fox News, they know that. They are also quite aware that they cannot simply stick by their guy, as happened in the past with George W. Bush.

So why did they choose to ban Ron Rudolph? Maybe it was simply another way to appease the far right-wing of the Republican Party. Maybe they did not want to upset the tea party when they endorsed Rudy last time out, and they thought it might have been a mistake. But at the same time, they cannot ignore the fact that Giuliani has gotten very popular, and his name still resonates with the voters. Maybe it was just meant to put him in his place for the sake of time, and not because they do not like his personality or approach.

The point of this article is to raise the question, should Fox News ban former Mayor Rudolph G. Giuliani? If so, then why not let them do it? After all, he did mislead the public on major issues, such as the NYC subway system falling in on itself, or the terrorist attacks in NYC. So why not ban him from future appearances on Fox News? If he gets in trouble again, then who will watch his show? Everyone is safe with Megyn Kelly.

What do you think about this Fox News ban? Should they be allowed to ban anyone who gets in trouble once? Should Fox News be held to a higher standard? If so, then I wonder what qualifies them for such a high standard?

Your company requires cash as quickly as possible. Today, for example. Perhaps a … END_OF_DOCUMENT_TOKEN_TO_BE_REPLACED