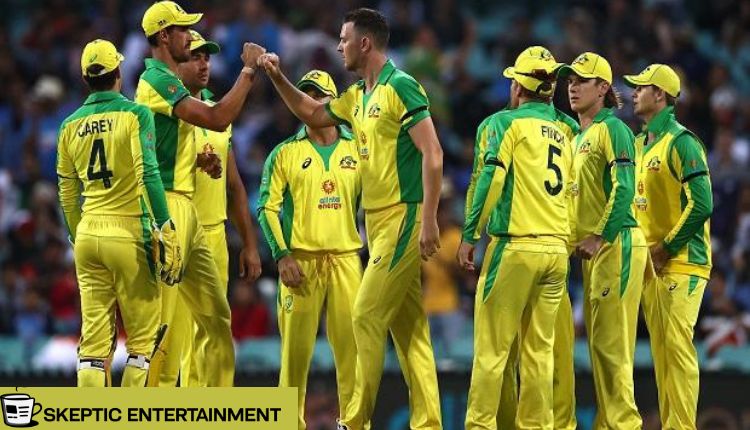 Australia snuck over the line but made hard work of chasing 119 to beat South Africa in their opening game at this year’s T20 World Cup.

A rare victory for Australian dominance, Steve Smith made an unbeaten 35 from 34 balls while Marcus Stoinis took 2 wickets with two overs left on day one – including that flawless bowling performance by Josh Hazlewood which killed all 3 batsmen caught behind him!

South Africa made 118-9 with Aiden Markram top-scoring for the winners. Steve Smith, Marcus Stoinis, and Matthew Wade shared an unbroken 40 as Australia won by five wickets with two balls to spare in their opening Super 12 game against Australia on Saturday at Dubai International Cricket Stadium

Aussie bowlers impress, but batters make hard work of it

The last T20 World Cup was in 2016, with this seventh edition delayed a year and moved from India to the United Arab Emirates because of coronavirus pandemic. It’s been expected that high scores and thrilling cricket would materialize but alas; there were no surprises when two larger nations faced off before sparse crowds during tonight’s opening match between them.

Australia, the 2010 runners-up of T20 World Cups had gone into this game having lost 15 of their past 21 official games in Twenty20 format.

They also missed five series before that too and they rarely looked like losing today’s match up with South Africa at Alexandra Park stadium though it did not help them much as they played poorly without getting scared or outsmarting themselves by trying risky shots when there are easier ones available for batting teams who know what each other is going to do next which made things even more difficult on offense luckily Australia managed just fine thanks largely due to those excellent bowling performances from Chris Lynn (a veteran) Mitchell Starc Paine(young gun), Josh Hazlewood Nathan Lyon all playing well together despite errors throughout proceedings because

Hazlewood’s accuracy brought him the wickets of Rassie van der Dussen caught behind, and Quinton de Kock bowled – with an exquisite ball spinning back off his thigh pad in the powerplay. Glenn Maxwell also managed to skid one through Temba Bavuma’s defenses towards the end of innings for a lucky 19 runs before Cummins dismissed him! South Africa broke open later on when Adam Zampa went economical (21), taking out David Miller who hit it straight into middle-stump standing wide outside leg cordon after Pretorius fell faced same delivery coming forward like usual).

The Aussies were in great form, but they struggled at times against South Africa. Smith and Glenn Maxwell put on 42 for the fourth wicket before both got out within three balls to leave Australia 81-5 after 20 overs.

The left-arm orthodox bowler Starc was struggling with 32 runs conceded from his four overs so far; this tournament will be difficult without Aaron Finch (caught) or David Warner(backward point). The death overs need attention now as well because of how easily oppositions can score runs off these slower bowlers by putting pressure onto them early into games

Australia’s attack bowled Stoinis and Wade out in the Powerplay, leaving them only needing 36 runs from four overs. Five boundaries were enough to take Australia past India and get their campaign off on a winning foot!